Angel: Then and Now 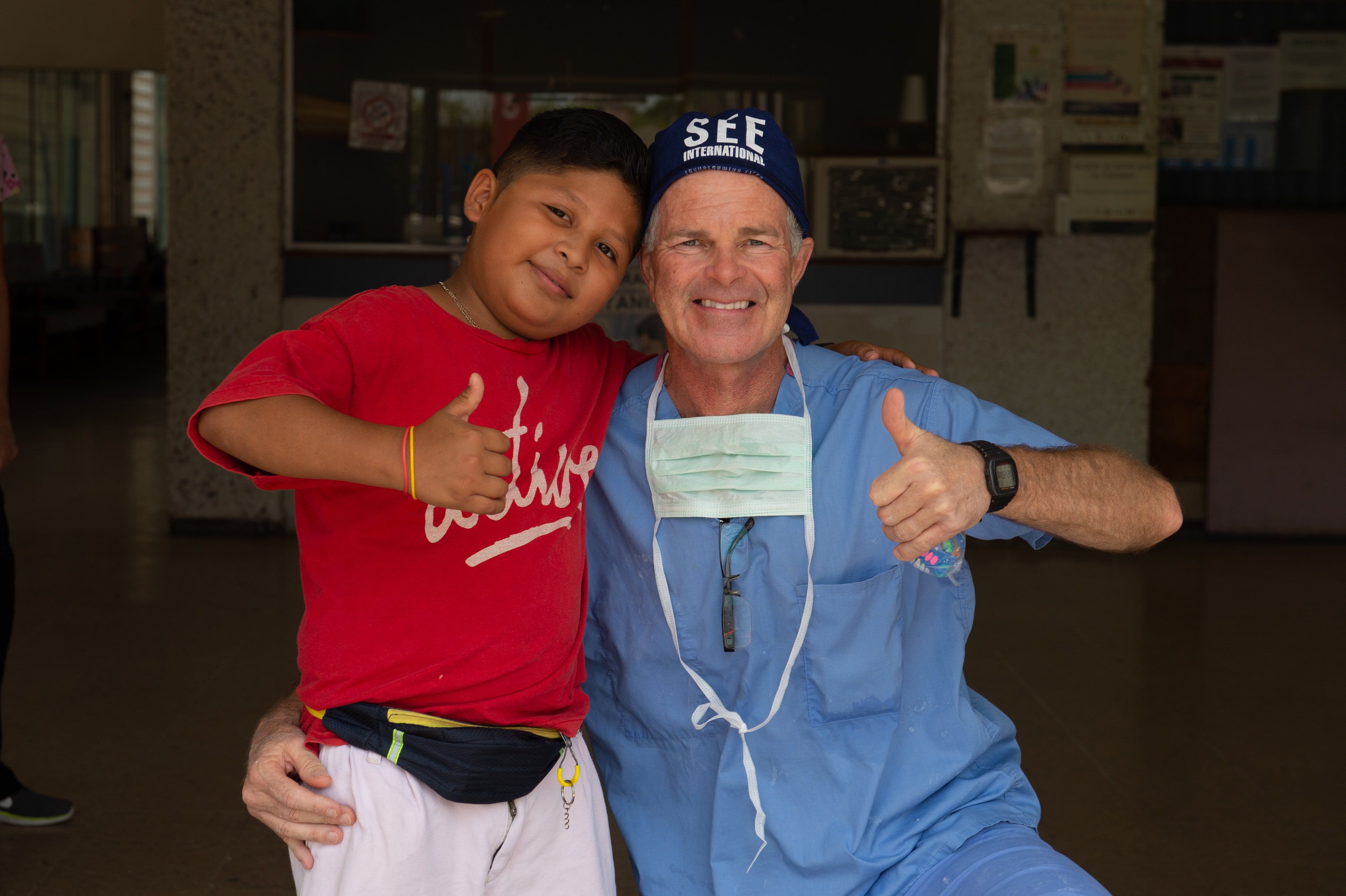 In 2014, SEE Volunteer Ophthalmologist Dr. Jim Conahan restored sight to a four-year-old boy named Angel in Ixtapa, Mexico. Angel had been born with bilateral cataracts, which continuously developed throughout his life, making it increasingly difficult for him to see as he grew older. Upon meeting Angel for the first time, Dr. Conahan noticed that Angel could barely see at all. He struggled with engaging in normal childhood activities, and was unable to do the things he loved, like play soccer, ride his bike, or color. Angel’s parents were desperate to find a way to treat his cataracts, as they would permanently blind him if they were not removed soon. By March of 2014, Dr. Conahan and SEE International had made arrangements, complete with all of the needed medical supplies, to perform Angel’s sight-saving surgery. Dr. Conahan then flew back to Ixtapa to operate on Angel and remove his cataracts. The changes in Angel’s sight were noticeable just three days after his surgery, as he was able to attend school with the ability to see the chalkboard and complete his schoolwork without the burden of visual impairments. In 2019, Dr. Conahan traveled back to Ixtapa and met with Angel once again. With his sight restored, Angel had blossomed into a bright, happy young man, now excelling academically, playing competitive soccer with his friends, and using a computer proficiently. Angel’s mother now frequently sends him to the market to pick up groceries on his bicycle, something he would have never been able to do with his previous visual impairments. In his free time, Angel now enjoys helping his dad sell souvenirs from a little stand on the beach. Now that he is able to see, Angel can grow up living to his full potential, without being held back from doing the things he loves. For less than $50 and just a 30-minute surgery, Angel’s life was transformed forever.