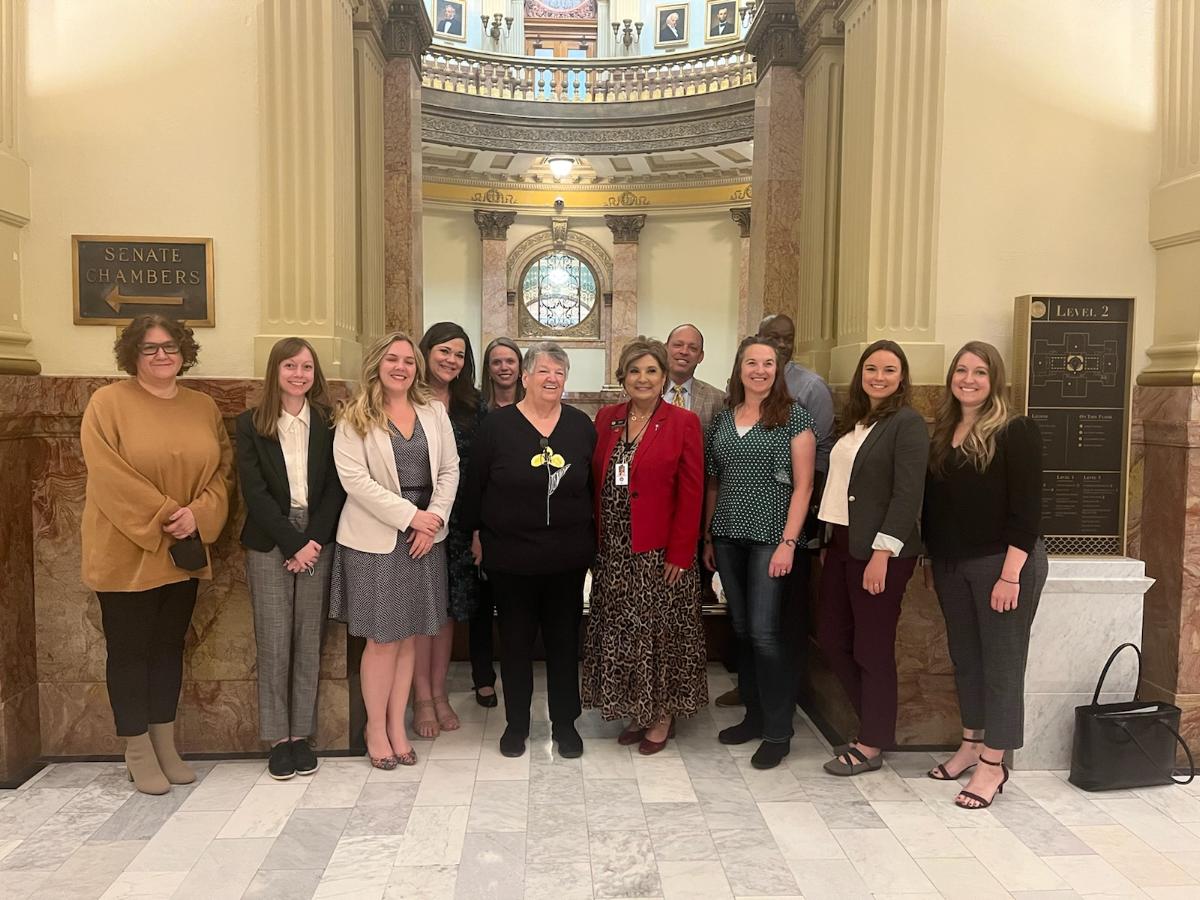 The Colorado Coalition Against Sexual Assault (CCASA) was founded in 1984 as a 501(c)3 nonprofit to be the collective voice of rape crisis advocates across the state of Colorado. Today, our membership includes sexual assault survivors, victim advocates, rape crisis centers, dual domestic violence and sexual assault programs, law enforcement agencies, prosecutors, public health agencies, college and university campuses, medical professionals, offender treatment programs, public officials, as well as other organizations and concerned individuals throughout Colorado. As a statewide coalition, CCASA supports our members, partners, and the broader community through technical assistance, training, information and referrals, educational materials, statewide systems change, and public policy education and advocacy.
For almost four decades, CCASA has been instrumental in a variety of areas. At the federal level, CCASA worked to discourage rollbacks to Title IX, advocated for the reauthorization of the Violence Against Women Act (VAWA); condemned harmful federal immigration policies that separated children and parents; and opposed the U.S Department of Health and Human Services’ proposal to eliminate the rights of transgender, intersex and non-binary people. Here in Colorado, CCASA’s policy team was able to work with key stakeholders to secure millions of dollars for crime victims that had been wiped out by COVID and budget cuts. The team was also successful in its efforts to establish the Office of Liaison for Missing and Murdered Indigenous Relatives as well as pass legislation to allow hospitals to provide a full course of drugs to prevent HIV (Human Immunodeficiency Virus) and other STIs (sexually transmitted infections) to sexual assault patients being treated in a hospital. CCASA championed in eliminating the civil statue of limitations for sexual assault and worked to finally make it possible to hold institutions and individuals accountable for covering up child sexual abuse. CCASA was directly involved with the creation of protections for students in higher education who have experienced sexual misconduct; advocated for legislation to require public K-12 schools to teach about consent in comprehensive human sexuality education, supported safeguards against sexual assault on those in custody or detained; promoted a Civil Rape Shield Law; and educated lawmakers, government leaders and the public about sexual violence and the needs of survivors. CCASA supported a bill to require sexually abuse providers to disclose to patients; fought for funds for community-based domestic violence and rape crisis centers with $500,000 from the Federal CARES Act; and supported the continuation of the Sex Offender Management Board for another year.
CCASA’s trainings include topics ranging from fighting human trafficking to expanding language access for services to all victims. So far this year, CCASA has provided trainings in legal procedures, reporting options, intersections of IPV violence, understanding systems of oppression, reproductive justice, rights of incarcerated survivors, plus many others. CCASA annually conducts the Colorado Advocacy in Action Conference; the Campus Meeting; the Sexual Assault Advocate Training Institute; and the Sexual Assault Response Team Institute.
Another major project of CCASA is the recently released “You Have the Right” campaign. The campaign is a new website with information for survivors and their family and friends about sexual assault reporting options and resources. Additionally, a toolkit for service providers and communities, which will include resources and information for communicating about the campaign, is available.
Since 2013, the Colorado Coalition Against Sexual Assault (CCASA) has hosted Colorado Denim Day in order to raise awareness about sexual assault, show support for survivors, and unite communities across Colorado in taking a stand against sexual violence. Colorado Denim Day is our statewide event aligning with Denim Day events across the world on the last Wednesday of April.
There are so many critically important issues calling for your attention today. More and more, CCASA is being asked to weigh in on intersectional issues, such as immigration, environmental justice, workplace harassment, and more. This type of intersectional work is vitally important to creating a culture in which violence of all forms is not tolerated.
Please include CCASA in your giving plan! Our CFC Code is 59127. Thank you for your interest in supporting CCASA’s work to provide leadership, advocacy, and support to address and prevent sexual violence.