INSIDE SOSC: The Success Behind Team Wolfpack 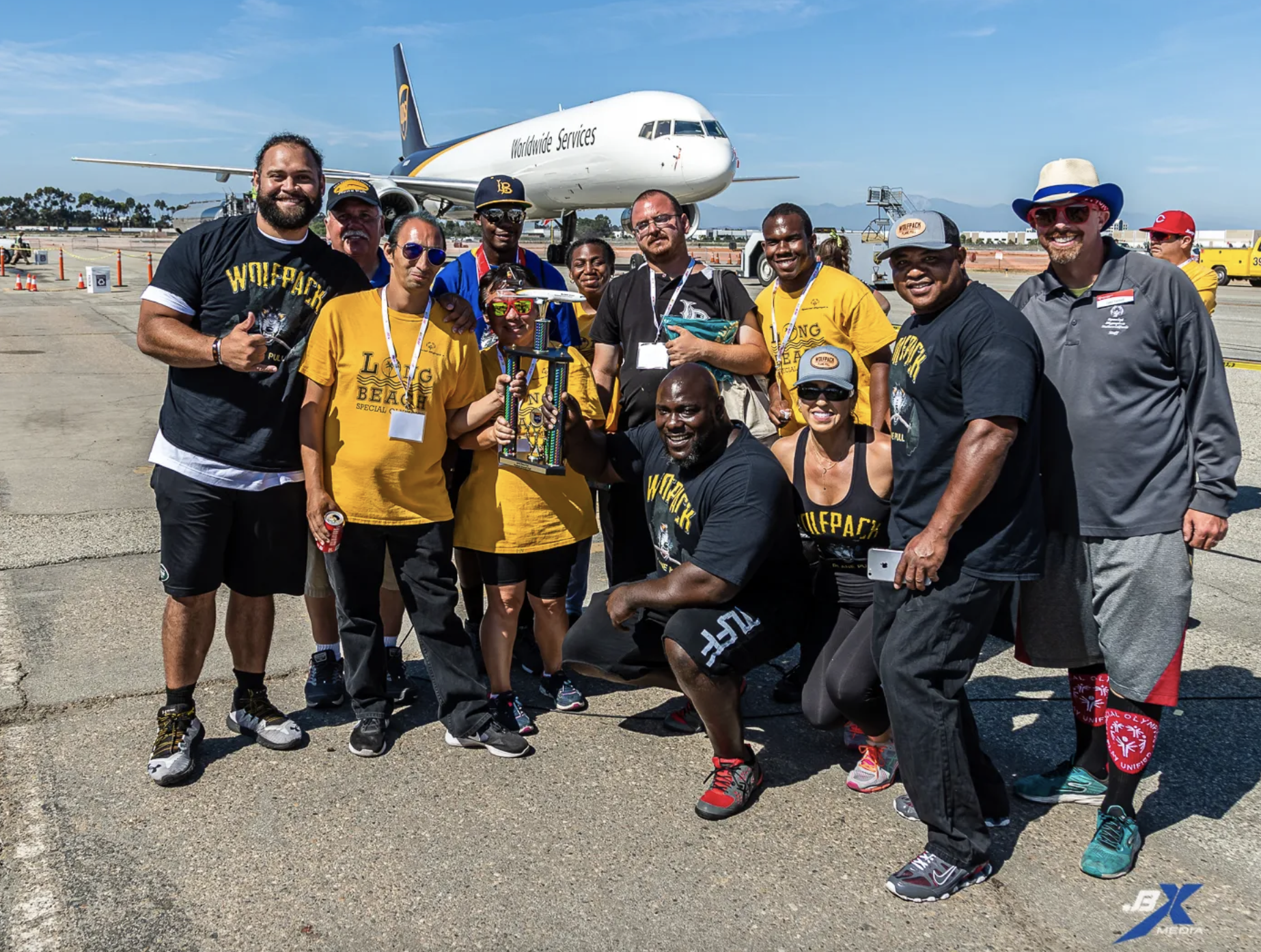 Team Wolfpack is a long-time supporter of Special Olympics Southern California and they made history at the Plane Pull event earlier this year. This group of 25, plus one SOSC athlete, pulled a 124,000-pound plane for 12 feet in just 4.34 seconds, setting a new event record.

Once the Plane Pull event was announced throughout social media, Athena McCandlish, captain of Team Wolfpack, took action to form her dream team.

“I started to think about how to put together a strong team and blindly reached out to powerlifters and strongmen,” Athena said.

She was surprised at the snowball effect that she initiated.

“From there, the athletes I recruited began to invite their friends. This was our fourth year and our largest and strongest team yet,” Athena said.

She built a team of athletes who she looked up to and shared the same values of helping Special Olympics athletes raise money for future competitions and programs.  Athena wanted to create a community of supporters and a team of purpose to raise funds.

Team Wolfpack continues to come back every year and has no plans to stop any time soon. The team will evolve, but will always show up to support Special Olympics.

“These athletes are very supportive and giving with each other, as well as their communities. They have hearts as large as their muscles! They love pulling a huge plane in order to support Special Olympics athletes,” Athena said.

She also engages her local area to support Special Olympics in any way they can.

“I have a few members who really put forth great effort and I am fortunate that I live in a small community in Solvang that has been extremely generous with their donations to Special Olympics,” Athena said.

She credits Team Wolfpack’s success throughout the years to all of the athletes, who expressed their passions for continually supporting Special Olympics, resulting in an incredible event record.

Athena’s positive energy has attracted so many like-minded individuals to execute her purpose of helping Special Olympics athletes and has inspired them to always strive for improvement.

“As far as the event itself, I love how the teams are so supportive of each other. I love it when I see some of my team members helping other teams. That is what this is all about – helping each other,” Athena said.

SOSC hosts a variety of events year-round, with numerous ways to fundraise and make an impact in the lives of individuals with intellectual disabilities. For more information please click here http://www.sosc.org/fundraise